Bali is one of the prime mountain biking spots in the world waiting to be discovered. And The Bali Bike Park is on it. Blazing the way, finding trails and building the first bike park in Bali Ever!

Some big names came out to participate in the Yaman Whipoff for the opening of the bike park! Wyn Masters, Brook Macdonald and Nick Pescetto to name a few. But in the end it was an all Indonesian podium as the locals guys were sending it all day!

Canggu, Bali. Indonesia. A period in the year that is much sought after for a break, to chill out in the tropics, enjoy the sunsets, catch the big waves… go surfing, to see and to be seen. Attention is everywhere! A well-deserved break after much traveling earlier this year, attending mostly the ASEAN MTB Cup, helping in promoting the Downhill Sport in the South East Asian region, it was a second homecoming to Bali to attend the APDHC (Asia Pacific Downhill Challenge), 2015. This time, however, I flew in earlier in the week instead. An invitation to the “Whipoff’s” which was held Wednesday, 28th October. Also to satisfy my curiosity of the event being held at the Bali Bike Park. Bali has a bike park in the hills? Truly?

Located in the central, northeast region, in the Tabanan Regency, where Lake Bratan and two other smaller lakes sit is the Bali Bike Park. It sits at approximately 1500 meters (4,900 feet above sea level) and enjoys cooler temperatures of around 27 Celsius. After an hour and a half ATV ride, leaving at 07:30 am in the morning from Canggu, we arrived. We switched transportation mode and loaded all of our gear onto a Jeep and off we headed into the hills. At the riders meeting place there was already a steady flow of riders, many on long breaks from their busy racing schedules, friends of friends from the EU, locals and visitors alike gathered. There was a buzzing atmosphere… indeed it was a challenge for the MC, Mr Alex Springenschmidt, to get everyone’s attention. In a few seconds everyone kind of knew what they had to do. Kind of. Off they all went. 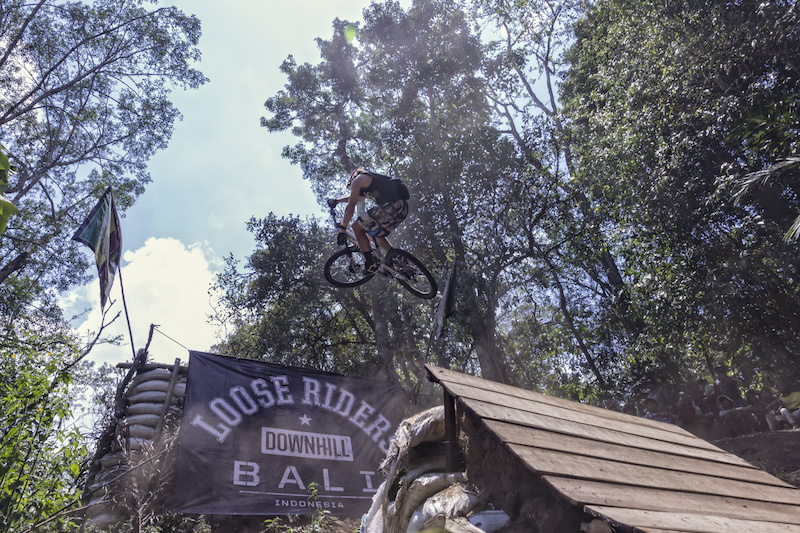 Wyn Masters reaching for the peak on the “Step-up”. Bali Bike Park, Bali

The “Step up” was where the whipoff’s started. Measuring more than 3 meters in height and 5 meters in length, it was surely a good place to begin the event with. It surely got the adrenaline flowing, blood gushing, saliva swallowed and mouth left for dry. Once down, they never seemed to stop! The riders were simply having fun. Though there were a few small crashes, the folks simply went on. Perhaps the reggae music added some vibe. After a couple of hours here the entourage headed down to the “Aerodrome”.

At the “Aerodrome”, there was the “Floater”, “N8tive Drop” and the “Booter”. Everyone was having such a great time and there were 7 lines of riding fun, from Beginner to Expert. This network of trails had different flows, natural berms, hits, hips, step down’s and up’s. A planned “Pump track”, new Jump lines and other goodies. The park shapers, Alex Springenschmidt, Andrew Taylor and the local park team are simply living up to their claim, Bali Bike Park, the best “Jungle playground” in the region. All year riding! 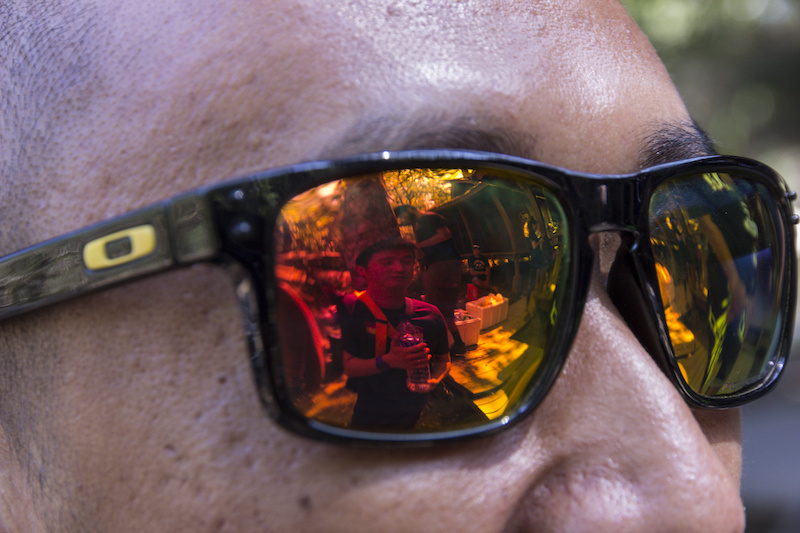 A vibrant atmosphere, as riders get gear and equipment ready. 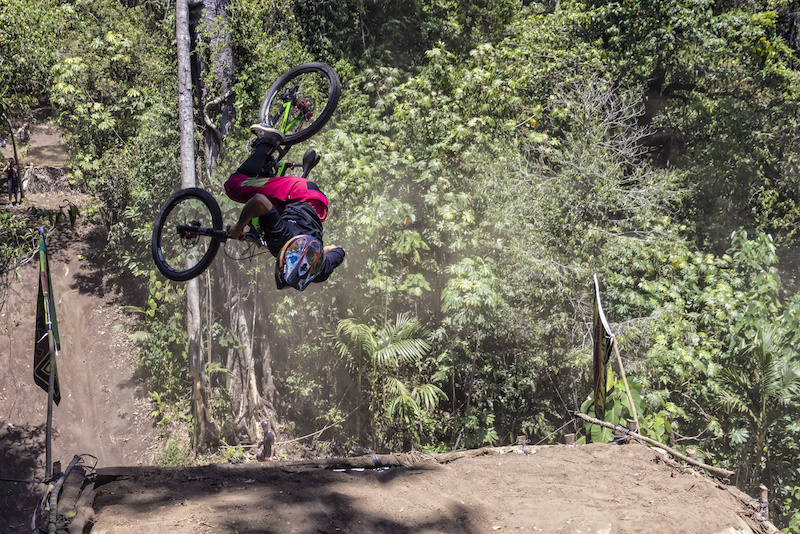 Nick Pescetto doing a back flip on the “Step-up”. 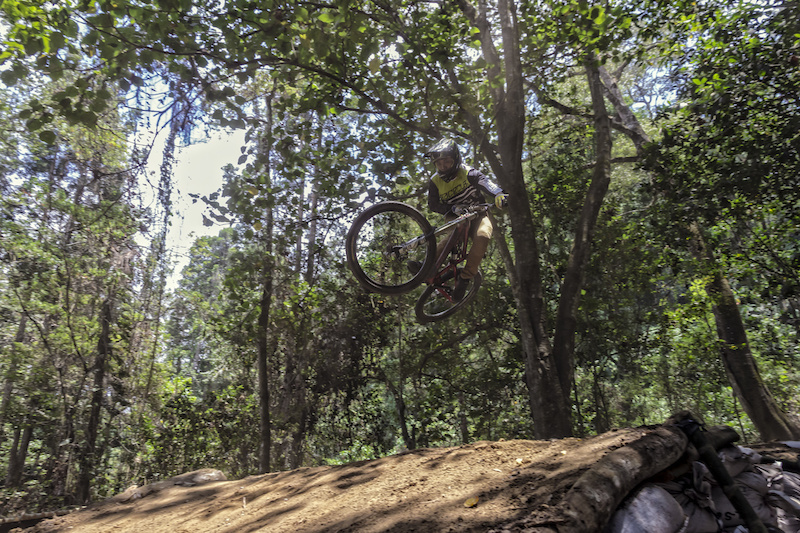 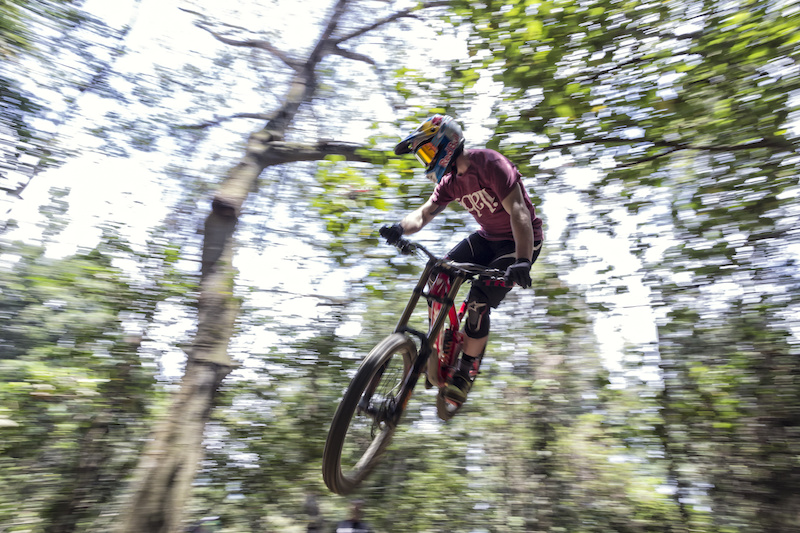 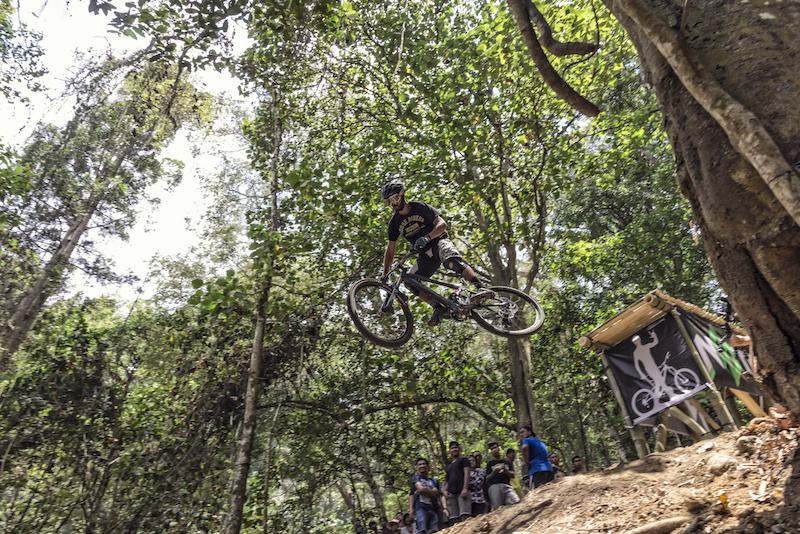 Mehdi Lorenz from the EU showing how it’s done on the “N8tive Drop”. 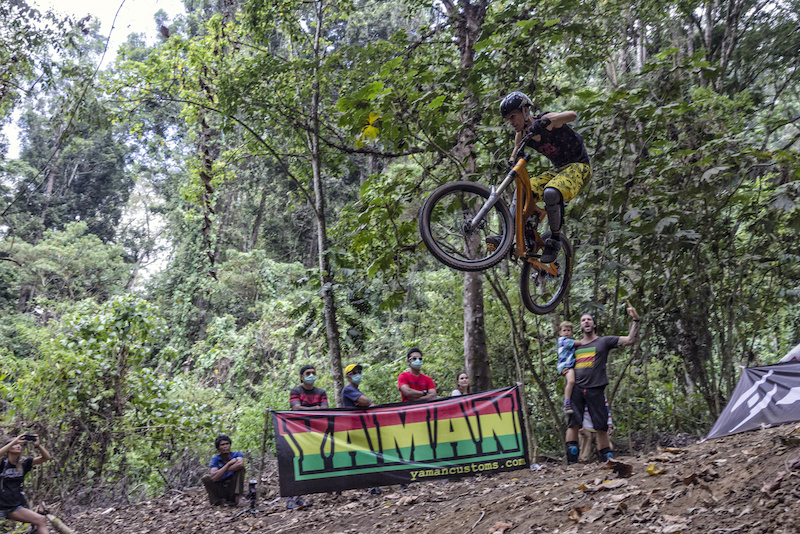 Patrick Woodcraft, a Aussie living in Bali on the “Booter”. 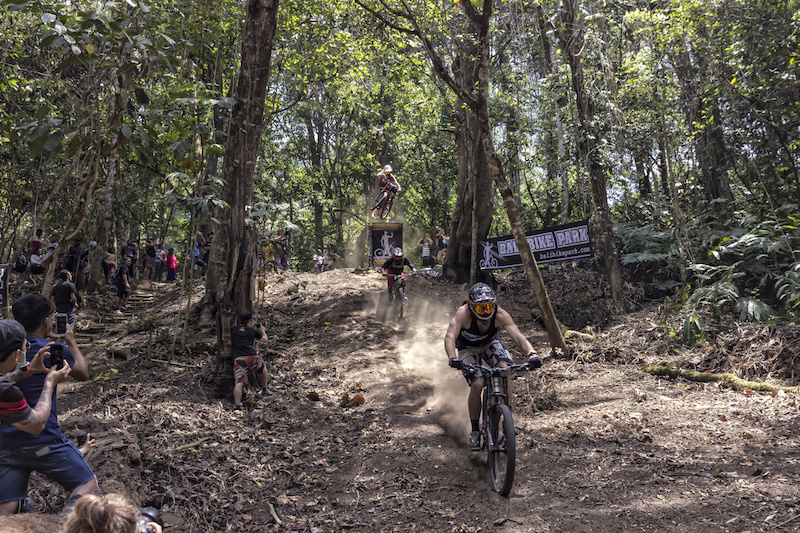 Wyn Masters, leading a trail of riders to close the “Whipoff’s at Bali Bike Park. 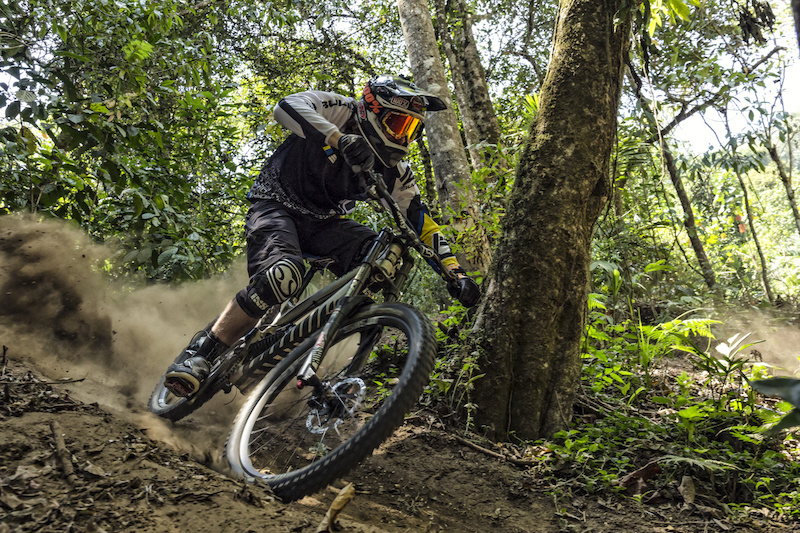 Wyn Masters spewing up dirt on one the natural berms in one the seven natural lines that make up the park. 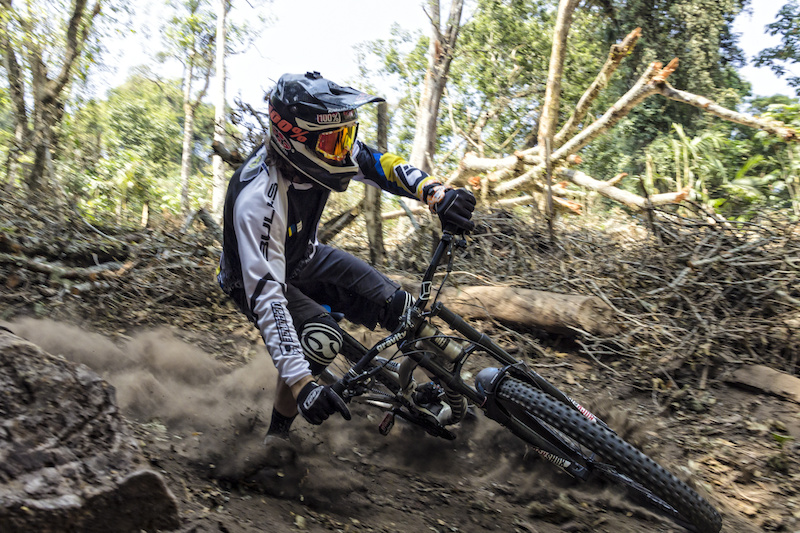 Fun, thrills and lots of riding, ride till you can ride no more! A year-round jungle full of fun. Seen here Wyn Masters enjoying his ride.

Bali Bike Park is indeed, a fun in Jungle park – a must visit and ultimate destination for the ultimates riders! Until then, here’s signing out!